Is confusing that the 92nd edition of the Oscars Awards was historic. Confusing because it takes place one year after the rise of the ‘Green Book’, and because critics and public had dictated consensus in pointing 2019 as one of the best years for American films of the last decade. The Academy’s commitment to an imported production produced an unexpected and revealing climax, the first act of ‘Parasite‘ in Hollywood after Cannes.

The change required by the awards seemed to lead to streaming, the internationalization commitment made an unexpected appearance. Maybe not so unexpected if we consider the change of name in the category of Best Foreign Film to Best International Film. It is still looking for possible reasons in the configuration of the Academy. In the last five years, the number of Oscar voters has increased by 35%, with 8,469 academics voting this year compared to 6,261 in 2015. 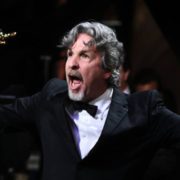 The 2019 Oscars: the Communication and Rectification of an Academy Intoxicated of Itself