You are here: Home / Firma Invitada 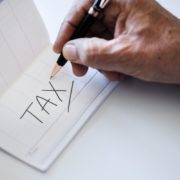 On March 21st, 2018, the European Commission presented a package of measures relating to the taxation of the digital economy, including a proposal for a Directive introducing a tax on the provision of certain digital services (the so-called “Google tax”). In line with the proposed EU Directive, the Council of Ministers reported on Friday, October 19th, 2018, on the draft law creating the Tax on Certain Digital Services. In this way, Spain would be the first country in the European Union to adapt to the Commission’s proposal.

Broadly speaking, this new indirect tax would aim to tax at a rate of 3% the turnover generated, i.e. gross revenue, through the provision of services consisting of: (i) the sale of digital advertising space; (ii) making digital platforms available to users on which they are allowed to interact with each other and which facilitate the provision of services and the delivery of goods, and (iii) the transmission of data generated from the activity developed by users.

Notwithstanding the foregoing, only entities that obtain, on an annual basis, total revenues of more than 750 million euros and revenues from services subject to tax exceeding 3 million euros in Spain would be subject to the tax.

This measure seeks to tax those digital services where there is a contribution from users. However, as has been pointed out by the OECD, it may generate risks and negative impacts on investment, innovation and growth.

In any case, due to the fact that the tax is applied where the users are established, this temporary measure does not seem to solve the current problem to be addressed: taxing profits in the jurisdiction where the value has been created.