Cristóbal Montoro trusts the strength of the Spanish economy, “provided that politics do not spoil it”

“There are reasons to think that this can go well, provided that politics do not spoil it,” concluded Cristóbal Montoro, former Minister of Finance of the PP, referring to the Spanish economy, in his speech at the Proa Comunicación Observatory Thursday, July 4. Montoro spoke about ‘The Spanish economy and its pending challenges” with a large group of professionals and entrepreneurs at the Club Financiero Génova.

The Minister of Finance who has been at the “genesis” of more Budgets (15), justified what he considers “an important and positive moment” for the Spanish economy in which it is in the lead of world growth, with a payment balance in the positive for six years, “for the first time in history”, and the creation of 500,000 jobs per year. These are factors that make it “the most competitive growth” we’ve ever experienced. Showing the evolution vividly, he recalled that in 1950, when he was born, there were ration cards and that in 1959 the per capita income was 2,000 dollars, while today it reaches 25,000 euros.

To prove his claim, he turned his speech into a marathon of figures, “because everything that is not an account is a story,” he said, referring to a recent book by his former cabinet colleague Álvaro Nadal (Minister of Energy, Tourism and the Digital Agenda of Mariano Rajoy). Then, he went over per capita income from the 1950s until today, the percentages of exports from Spanish companies, investment, public and private debt evolution, unemployment, inflation…

He highlighted the process of internationalization of Spanish companies and was especially proud that presently, not only the large public companies, but also the medium-sized are the those that expand outside of Spain. He quantified exports at 35% of the GDP and he noted that in 1996 the internationalization of Spanish companies was 6% of the GDP and now it is 56%.

On the other hand, he placed value on the fact that, “compared to the rest of the world”, Spain is repaying its debt and companies have a very good level of consolidation, which means that they can invest without credit. “The private sector has lowered its debt 450,000 million euros,” he said. Even, “direct business investment is superior to that of Germany and France,” he said. The same does not happen in the public sector, which, in his opinion, must reduce its deficit and also its debt, and it has the opportunity to do so by taking advantage of the low interest rates, a circumstance that considered the result of the good work of the ECB.

In order for this positive situation to continue, he recommended that the Government continue promoting the reforms, and more specifically, labor, public sector, banking and energy sectors. Something that he considered essential to make the qualitative leap that “will take us to the top of the most advanced economies”. He also advised to put the economy first in government negotiations to “be able to continue growth and job creation” and, above all, in the absence of majorities in Parliament, to negotiate the Budget in order to be able to move it forward. At this point, he revealed precisely that, the current Budget extended what the Government of the PP agreed with Citizens, PNV, Union of the Navarrese People, Asturias Forum, Canary Coalition and New Canary Islands, “it was thought to be extended.” And he advised against those who govern the repeal of the Budget Stability Law and tax increase, because, in his opinion, “there is money, there is no need to spend more”. 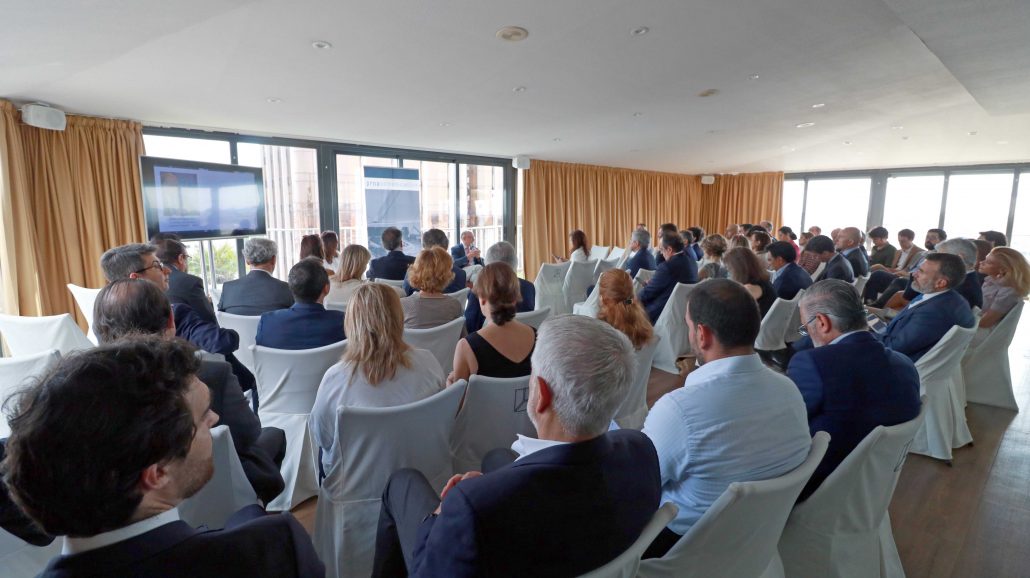 The attendees were also interested in unemployment, the tax system and inflation. Their questions were answered with a cascade of data and a detailed explanation of the evolution of each issue.

Cristóbal Montoro was born in Jaén and received his bachelor’s degree and doctorate in Economic Sciences from the Autonomous University of Madrid. He ‘contaminated’ the “virus of politics” with 43 years, while additionally he was a professor of Applied Economics in Santander. He has been Finance Minister for 11 years, in the Government of José María Aznar, between 2001 and 2004, and under Mariano Rajoy, between December 2011 and June 2018. He has been a representative in Congress (for Jaén, Sevilla and Madrid) and Economic spokesperson for his party since 1993, with the only exception of his term in the European Parliament, between 2004 and 2008. He was president of the Economy and Business Commission in the Congress of Representatives from September 2018 until very recently.

Proa Observatories are discussion forums that feature prominent leaders, politicians and professionals. Born with the mission to be a workshop of ideas where a genuine dialogue is fostered, Observatories aim to discuss current business issues, as well as corporate reputation, brand and public issues as important elements for the improvement of companies.

Personalities that have participated in these meetings include: the economist Manuel Conthe, the former Minister of Education, Culture and Sport José Ignacio Wert, the writer and priest Pablo D’Ors, the Director of External Communication of Deloitte, Antonio Belmonte, the Director of Communication and Institutional Relations of El Corte Inglés, José Luis González-Besada, the High Commissioner for the Spain Brand Carlos Espinosa de los Monteros, the writer and journalist Pilar Urbano, the general director of Information and Control of Publications S.A. (OJD), Manuel Sala, Professor of Corporate Communication and Crisis Management at IESE Business School Yago de la Cierva, the president of Multinational by Marca España, Chema Palomares, the president of Red Eléctrica de España, Jordi Sevilla, or the current mayor of Madrid, José Luis Martínez-Almeida, among others.