“Equality today is a mere declaration of principles,” proclaimed Javier Ortega Smith, Secretary General of VOX, in the first observatory of the year celebrating the tenth anniversary of Proa Comunicación under the slogan ‘Defending Spain in the courts‘, held on Monday at the Club Financiero Génova. This strong affirmation was made referring both to the situation in Catalonia and gender violence laws, which his party believes violate the equality established in Article 14 of the Constitution and the presumption of innocence.

With a greater sense of alarm he considered the situation in Catalonia, “a coup d’état, which today continues with the complicit acquiescence of the national goverment.” In essence, he believes that “States have the right to defend themselves,” and to do so “separatist parties must be outlawed,” based on the example of neighboring countries, such as Germany and Portugal. In this regard, he stressed that the situation in the autonomous community “is not just Catalonia´s problem, but that of the entire nation”, that we must send a message of trust and hope that reaches every last Catalan, especially those who are separatists “due to expedience or fear”, and whom in his view have not been sufficiently taken into account by previous governments.

In this sense, Javier Ortega Smith would opted to “revive a national education system and eliminate autonomous communities’ authorities to dictate education, because the school’s purpose is to transmit knowledge”, while education is “a responsibility of parents.” He also highlighted the potential of civil society as an instrument of social change and the need to strip political parties of the “absolute monopoly” and the power they hold over social movements.

He defined his platform as a political party that integrates self-employed workers, businessmen, students, “people who live comfortably” with those who, in to his words, have had to take “a step forward to defend the basic principles of the Constitution.” , the Rule of Law and equality “. How does his party intend to do this? As explained by Ortega Smith, through four fundamental fronts: on the street, in an ideological struggle “against the political and moral supremacy of some who believe that there is only a single valid discourse”, in the polls and in the courts. In reference to this last point, he recalled that it was the City Council of Jaén with the support of his party that became first to approve a motion requesting the invoking of Article 155 of the Constitution in Catalonia. 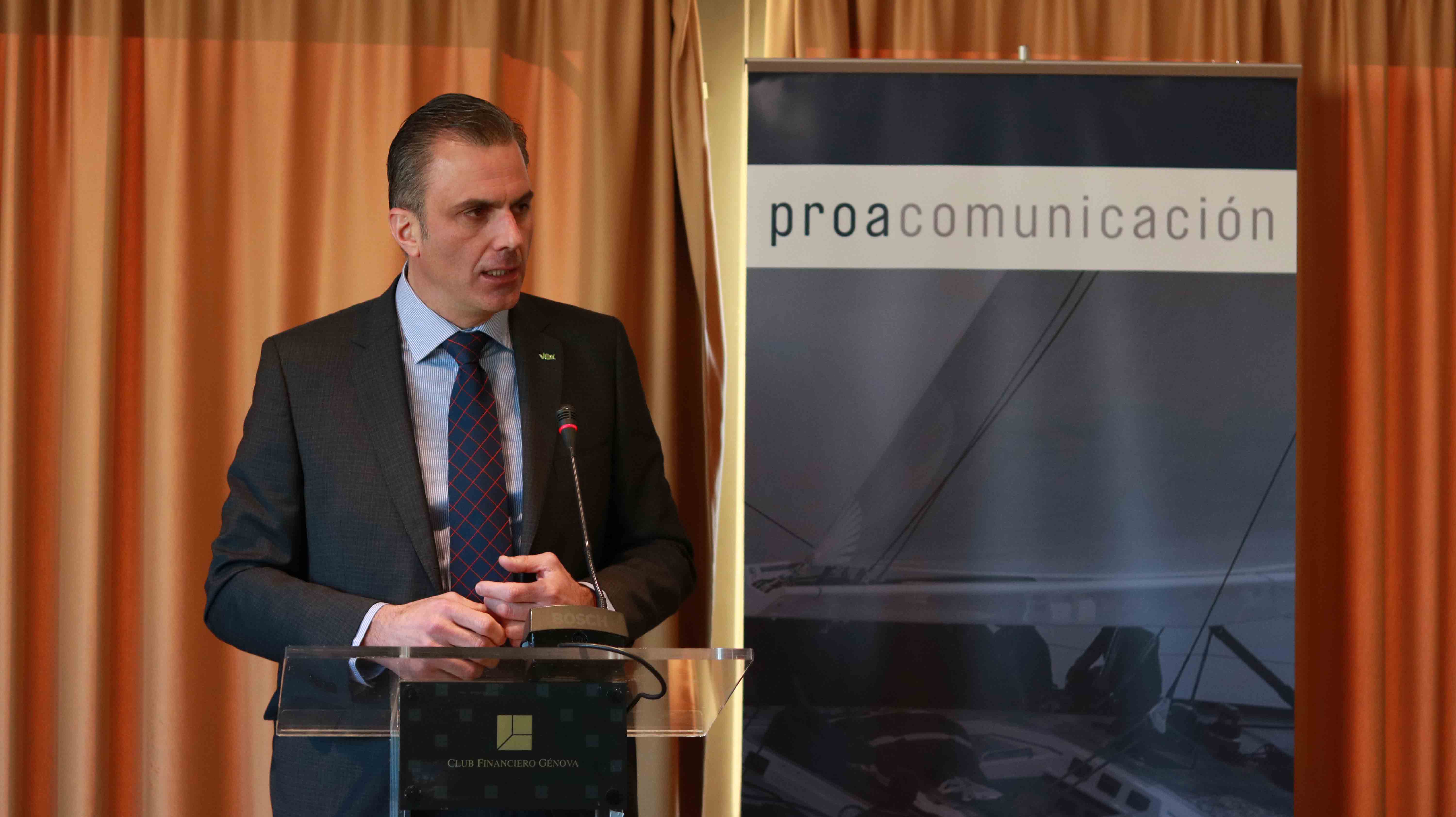 Asked about the results expected in the most immediate elections, the autonomous community and municipal elections of May 26, he predicted that VOX votes will be decisive in shaping and conditioning majorities, predicting the his party to become “the most or second most voted for the second in several municipalities.” Although, more than the number, what his party considers more important is whether the votes won “will be sufficiently decisive”, to condition the “cowardly right-wing Partido Popular (PP) or the ever flip-flopping Ciudadanos” to be able to rewrite policies “imposed by the ideology of the left.” He is commited to ensuring that VOX will guarantee that “policies will change, not just seats.” VOX hopes to suprise in places where it seemed more difficult, as “where firemen are most needed is where there are more fires”.

Despite this willingness to negotiate, he stressed that “the two red lines of the flag of Spain” will be the lines that mark the limits when it comes to collaborating with PP and/or Ciudadanos: the defense of the unity of Spain and freedom. “We will try to implement as many of our policies as possible, but it will depend on the parliamentary or municipal strength we’ll have.”

Such a force is based on the diversity of both geographical origin and attributes of its 28,000 members and its voters. Thus, he reported that 30% of those who come to their doorstep are young, first-time voters or people who have not voted for a long time, “because they do perceive with the complexes of previous times”.  He defined his party as that of the “Spain which gets up early”, alluding to his early morning having breakfast at a typical Spanish bar. “The more they insult us, the more sympathizers, voters, and support we have,” he concluded.

Javier Ortega is a lawyer by education, having graduated in Law from the University of Alcalá with complementary studies at ICADE´s Faculty of Law. He was the head of legal affairs of the Foundation for the Defense of the Spanish Nation (DENAES) and is also a former soldier, having served in the Special Operations Corps of the Spanish Army (COES).  Apart from being a mountaineer, he is also a diver, a swimmer and a karateka.  But undoubtedly Ortega now spends most of his time fulfilling his duties as the Secretary General of Vox, also leading the popular lawsuit against the coup leaders of Catalonia in the Spanish Supreme Court.