Proa Comunicación, in collaboration with Madrid SnowZone and RFEDI-Spainsnow, organized the II National Snow Sports Awards, held last Friday November, 16th in the only indoor snow track in Spain. This gala served, for the second consecutive year, to pay tribute to the sector and its members: runners of today and always, stations, federations, clubs, institutions, brands, specialized press, etc… 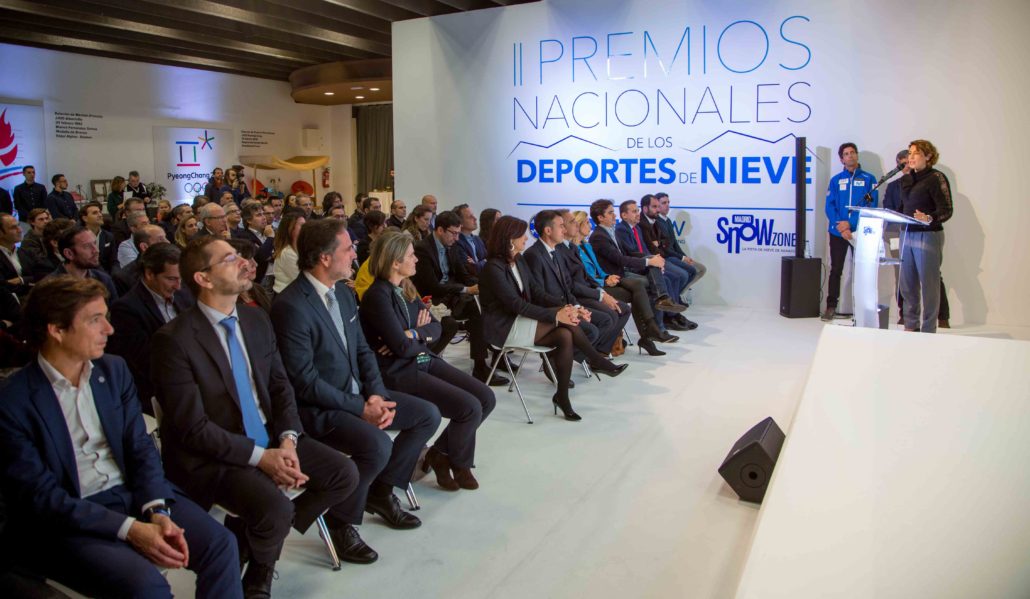 Institutions such as the Consejo Superior de Deportes and the Spanish Olympic Committee were represented at an event that took place in the viewpoint of the indoor track. The gala was attended by María José Rienda (President of the CSD), Ricardo Leiva (Sports Director of the Spanish Olympic Committee), and May Peus España (President of the RFEDI), who coincided in pointing out the importance of prizes destined to be consolidated year after year. May Peus also recalled the need to recognize the work of people and entities in the sector: “Snow sports need to reward the figures who, every day, every training, every descent, every gesture, value this sport. These awards do not only reward sports categories, but also actions or projects that promote the sector.” 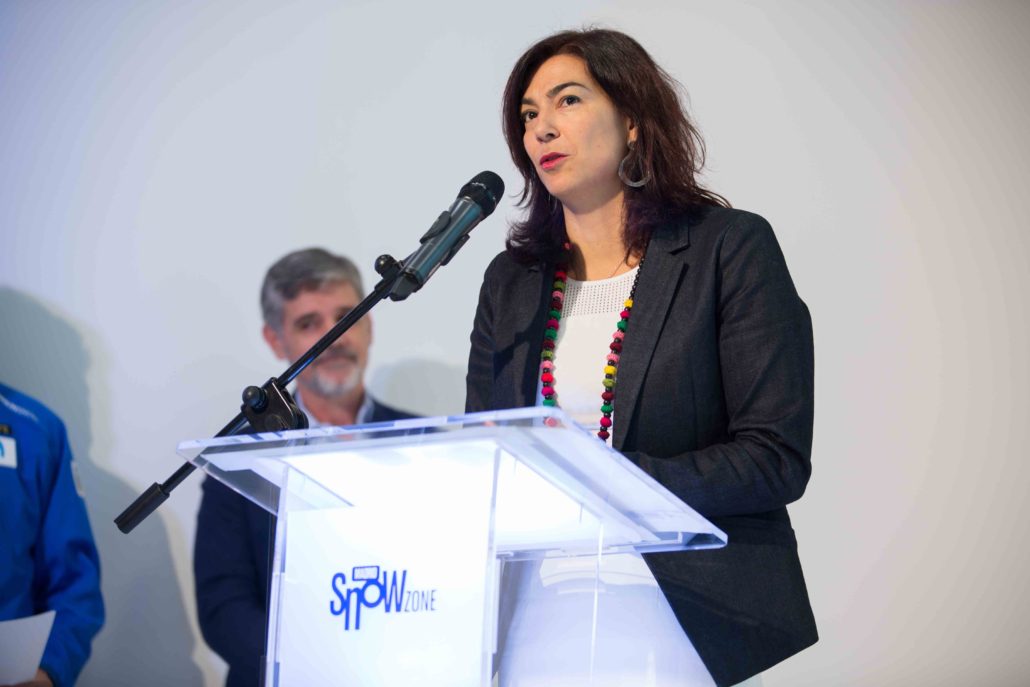 After a very special awards ceremony, in which the Olympic feat of Regino Hernandez and the presidency of the CSD of Maria Jose Rienda, among other distinctions, were recognized, an emotional spectacle took place on the slope. The performance was a tribute to the three Olympic medals in the history of Spain, those won by Paquito Fernández Ochoa, Blanca Fernández Ochoa and the award-winning Regino in Sapporo (1972), Albertville (1992) and Pyeongchang (2018), respectively. The historical descents of the three athletes were emulated taking into account aspects such as material and costumes, using for example Regino’s already iconic silver helmet. In the show, the three venues of the Olympic Games where these milestones were held took on special importance.

The nine categories of the first edition of the awards have been maintained this second year, with the sole exception of the name of the Best Snow Coach Award, which has been renamed Israel Planas Award in memory of the late coach of athletes such as Regino Hernandez and Lucas Eguibar. 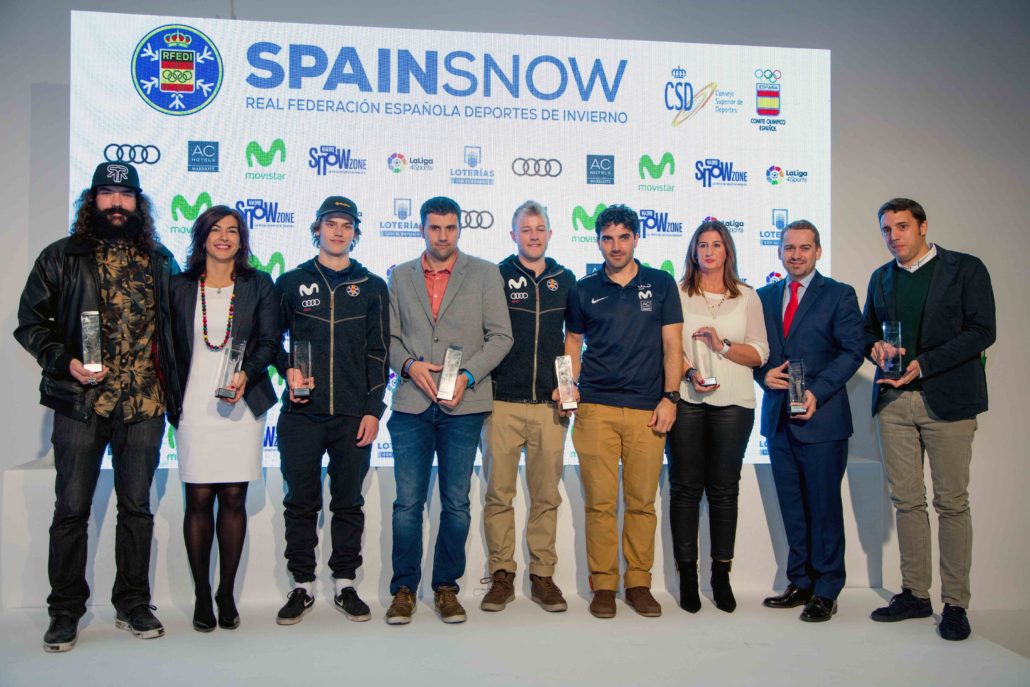 Paquito Fernández Ochoa Award, to the best male athlete of the 2017/18 season: Regino Hernández, for his Olympic Bronze medal in PyeongChang 2018 in SBX.

Carolina Ruiz Award, to the best sportsman with projection of the year 2017/18: Thibault Magnin, sportsman of FS, Bronze Medal in Big Air (FS) in the Junior WC 2018, celebrated in Cardona NZ.

Blanca Fernández Ochoa Award – Mujer y Nieve, to the person or entity that has most distinguished itself in promoting the role of women in snow 2017/18: Maria José Rienda, the first woman to be President of the CSD and Secretary of State for the Sport.

ATUDEM Award, to the mountain resort with the greatest sporting involvement in the 2017/18 season: La Molina, for the organization in 2018 of the SBX WC.

Israel Planas Award, Best Snow Coach, Best and Most Professional Coach of the Year 2017/18: The SBX Technical Team, for the achievement of the Bronze medal in SBX JJOO PyeongChang 2018.

Snow Communication Award, for his support for communication in snow sports 2017/18: Jose Manuel Tallada, sports journalist and unconditional follower of snow sports, for his transmission of the SBX test in the Olympic Games and the famous: “Olé tu Regino.”

Snow Industry Award, to the Company with the highest promotion in Spanish snow, AUDI leading automotive company, unconditional support to snow in all its editions.

SPAINSNOW Award, to the club or FFAA with the greatest projection in the 2017/18 season Andalusian Federation of Winter Sports, for the constancy in the work and having achieved the first Olympic medal for its Autonomous Federation. 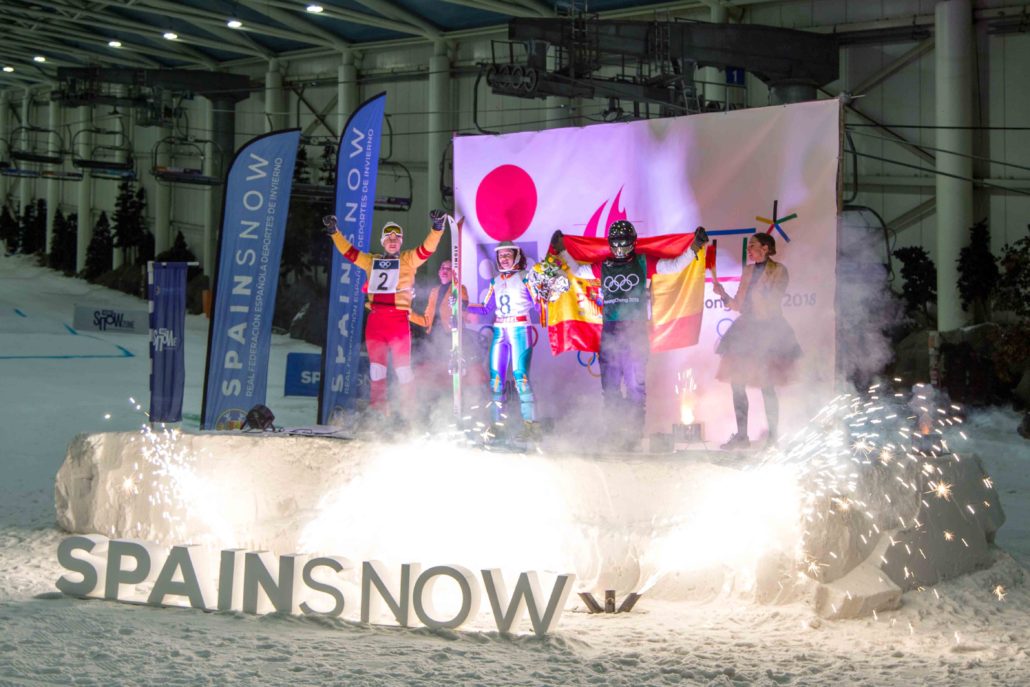 The II National Snow Sports Awards represent the beginning of a weekend full of activities and events, which had, as an important milestone, the opening of the Audi U16/U14 Spanish Cup, which opened the season of competitions. As the main novelty of this edition, on Saturday, the 17th, a series of qualifying races for the test on Sunday were also held. In addition, there were also snow days organized by Nevasport for 60 bloggers in the sector.