Ana Pastor, vice president of the Congress of Deputies and spokesperson for the PP in the Commission for Reconstruction, inaugurated the first post-COVID PROA Observatory on Thursday, July 23, with a talk on the activity and results of the aforementioned commission, whose documents were submitted to a vote the day before in the Lower House. The event, whose aim, in the words of Lucía Casanueva, managing partner together with Valvanuz Serna of PROA, was for everyone to take away “one or two ideas for reflection on how to improve as a society”, was attended by a group of managers, businessmen and representatives of associations from different sectors.

The Vice President of Congress, who was introduced and accompanied during her presentation by Mario Garcés, deputy spokesperson of the PP in the Congress of Deputies, wanted to make it clear that “the great crises of humanity have always been related to pathogens”, after pointing out some of the mistakes that the Executive made in the management of the pandemic. Of the agreements reached, she was proud of the 61 proposals that – “working very hard”, she said- her group managed to include in the document of the health measures, among which she especially highlighted the creation of the National Public Health Agency, since she considered that “one of the lessons learned from this crisis” has been that the public health system must be strengthened, an area she knows well, since she is a doctor by training and was an official by opposition in it, apart from being the Minister of Health later on. She also added as important points the plan for stability in the employment of health care workers, the technological transformation of the system, the change in the organizational model so that there is a connection between autonomous communities and the strengthening of the Foreign Health system. Likewise, he stressed that all this should be provided with “enough resources”.

With respect to the lack of support for social proposals, he motivated it fundamentally in the non-inclusion of concerted education in the distribution of reconstruction aid. This paragraph was rejected by the House on Wednesday, since, for different reasons, the parties PNV, JpC, Bildu, CC, Foro, Navarra Suma and CUP also voted against it.

The PP spokeswoman in the Reconstruction Commission – “a word I don’t like, I would have preferred it to be called Recovery,” she said-, who defends that in politics one must be “moderate in the forms and forceful in the substance,” regretted, on the other hand, not having been able to reach agreements on the measures for economic recovery. “There was no way to understand each other,” he affirmed, referring to the rejection of the representatives of the parties in government to tax reductions, fiscal consolidation or reform of the commercial legislation.

Mario Garcés took on the task of deepening the package of measures on the European Union, the other document on which there was agreement. A spirit of reaching agreements, which, according to Garcés, was a direct assignment from Pablo Casado, the president of the PP, to his representatives in the Commission. He also admitted that reaching agreements on the EU section “was the easiest thing”. In this case, he highlighted the acceptance of requests such as a short-term plan to absorb community resources or the claim on the historical right of Spain over Gibraltar, among others.

The deputy spokesman of the PP in Congress regretted that on this occasion the 1977 Moncloa Pacts could not be emulated, because, in his opinion, the axis of the Government tends to the left and not to the center and because of the lack of pragmatism of many current politicians in comparison with those of the Transition. At the same time he considered that a “stranding”, a “vulgarization” and a “professionalization” of politics is taking place, something that is “a transcript of the society in which we live”.

The interventions aroused great interest among the audience, who in the question time were interested in issues such as the regulation of teleworking, the role of the PP in the remaining term of office, the role of civil society or the situation of political parties.

Questions to which both Pastor and Garcés answered with a fiery defense of the love of Spain, liberalism, constitutional values, pragmatism and the promotion of relations with Latin America.

The PROA Observatories are stable forums for discussion that include the participation of prominent executives, politicians and professionals. They are born with the vocation of being a laboratory of ideas where a genuine dialogue is encouraged to debate current business issues, as well as corporate reputation, brand and public affairs as important elements for the improvement of companies.

Among the personalities who have participated in these meetings are the economist Manuel Conthe; the former Minister of Education, Culture and Sport, José Ignacio Wert; the writer and priest Pablo D’Ors; the Director of External Communications of Deloitte, Antonio Belmonte; the Director of Communications and Institutional Relations of El Corte Inglés, José Luis González-Besada; the High Commissioner for the Spanish Brand, Carlos Espinosa de los Monteros; the writer and journalist Pilar Urbano; the General Director of Information and Control of Publications S.A. (OJD), Manuel Sala; the former president of Red Eléctrica de España Jordi Sevilla, the current mayor of Madrid, José Luis Martínez-Almeida, the former minister Cristóbal Montoro or Raimundo Herráiz, manager of the Emergency Coordination Center Madrid 112 during the 11M, among others. 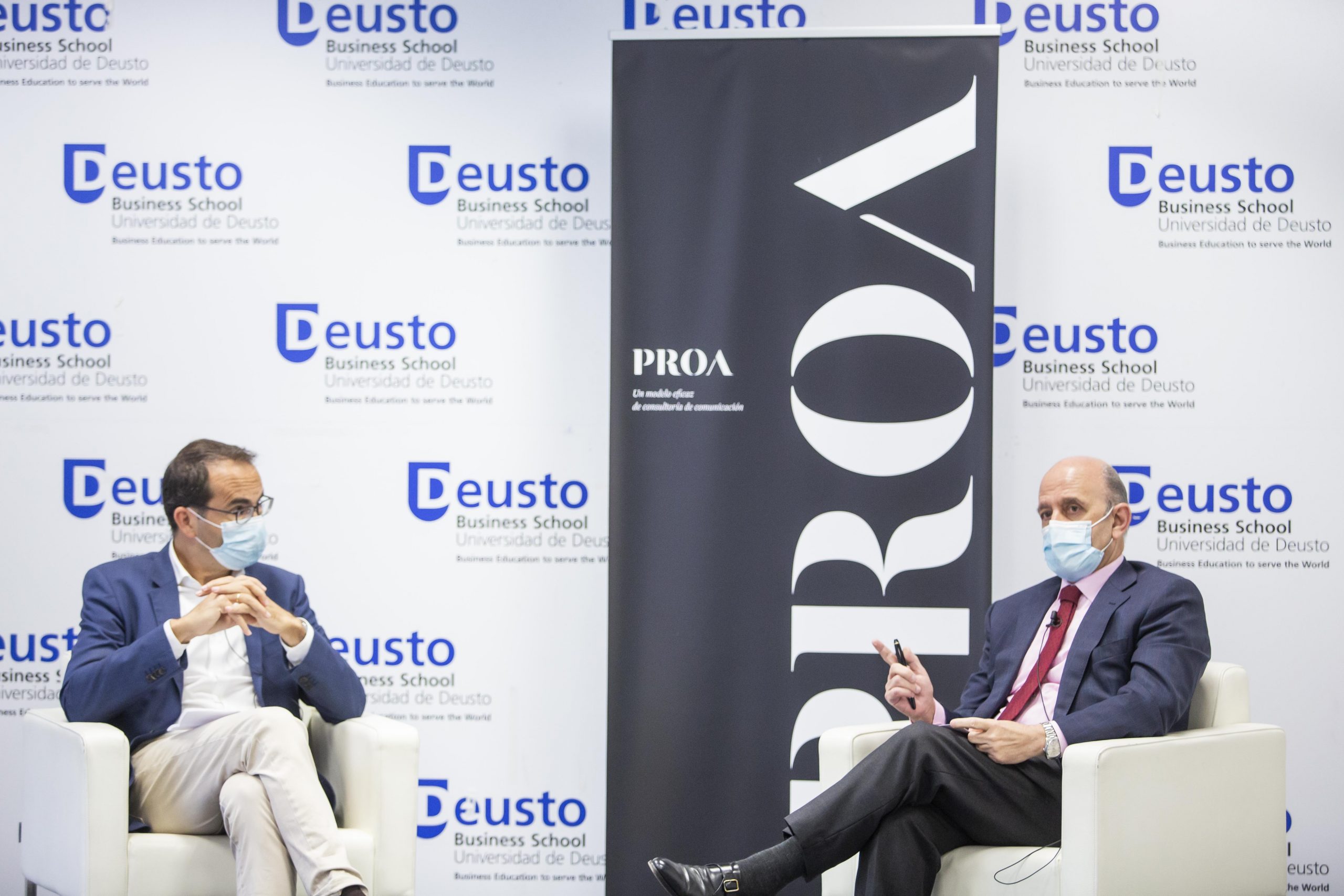 “The story of the last six years in Spain is almost a thriller”, “The King Emeritus has betrayed his son”, “(Juan Carlos I) will not 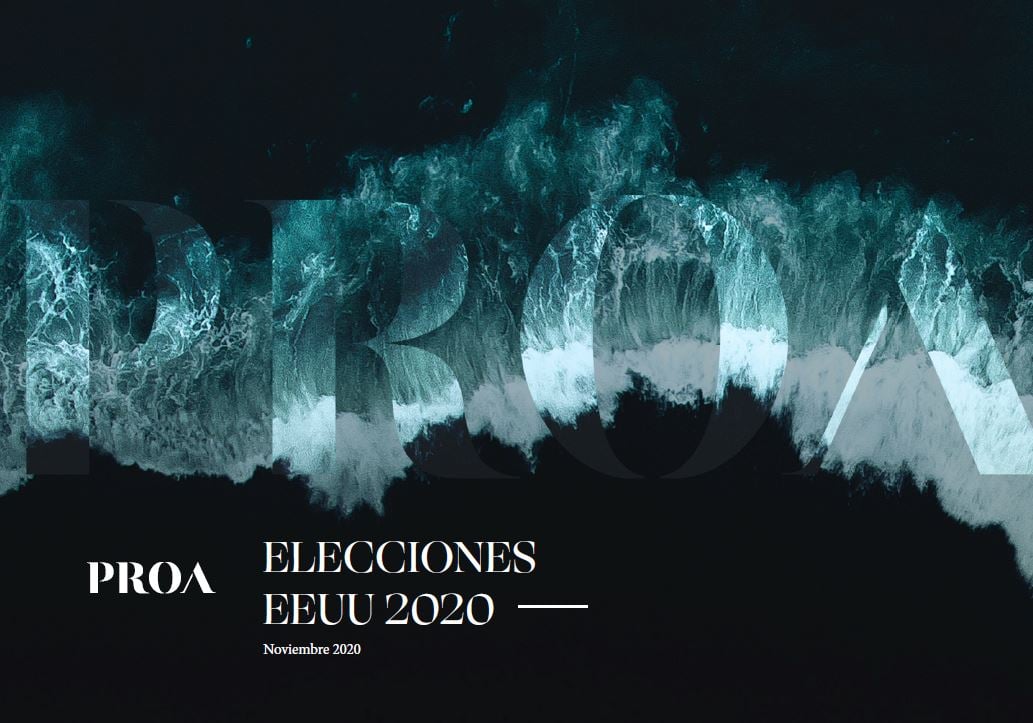 The presidential elections are filled with uncertainty following the first results. PROA analyses the context and how the victory of the Republican or Democrat will affect