You are here: Home / banking

Íñigo Fernández de Mesa, Institute of Economic Studies‘ president and CEOE‘s vice-president, participates in a new video of Proa Comunicación where Valvanuz Serna Ruiz, managing partner, asked questions about economy and reputation. Fernández de Mesa analyses the evolution of the Spanish economy in recent years and highlights the reputation of Spanish banks after the 2012 reform. 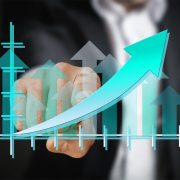 The financial digitalization concept refers to the complexity of the subject, on the one hand, digitalization, a technical concept, on the other hand, financial, a very important business sector in Spain.

In Physics there are many analog and digital processes, in mechanics, electronics…they indicate continuous (analog) or discontinuous (digital) processes, which are produced or stopped at certain values, a switch to turn on the light is a digital element, in one position there is no light, off, in another there is, on.

Two of the great technological, digital events that are currently changing the world are the Internet and mobile phones. This change has not only affected the financial system, but also the rest of the industries, shops and services.

The most executed transaction in any bank is the consultation of current account movements. In the past, there were two ways to find out information, going to a bank branch with which we had the account or waiting for the mail, receiving a record of the movement.

Since the appearance of the Internet, when anyone connects to their bank, the first thing that appears is the consultation of movements, but from any mobile phone the same thing will happen. This has meant that visits to bank branches have been reduced as much as possible, and in many cases, they are no longer stepped on except to sign a document. Cash is usually withdrawn from ATMs.

The role of technology giants

There are two concepts that are affected, first the proximity banking, which besides the big banks, before was represented by the savings banks, now it is not necessary, we have the bank in our laptop, PC, tablet or mobile. Secondly, Spain is the country in Europe with the most bank branches per person and today there is no need for so many.

This has meant a huge investment by banks in “digital” processes to bring the bank to its customers and plans to close offices that are not so necessary, but not all is good news, according to the Bank of Spain, in September 2019 there were 25,037 branches, assuming an average of 5 employees, would mean that there would be about 125,000 people possibly affected by these closures, although not affect all, the number is huge and will mean a drama.

However, the banking sector is one of the most supervised and in order to lower costs and protect users, banks have to comply with various regulations, MIFID, PSD2 and GDPR among others. In the case of the 2nd PSD2 payment regulation, banks have

the obligation, with the authorization of the users, to share data of these on payments, which has promoted the appearance of small financial entities Fintech, Neo-banks, Openbanks… or that the big American technological corporations Google, Apple, Amazon and Facebook (GAFA) or the Chinese Baidu, Alibaba and Tencent (BAT) are interested in part of the business that until now gave the banks.

This is undoubtedly are good news for any user, but it puts additional pressure on banks. Banks are absorbing some of the technology offered by Fintech either by buying it or by entering into agreements with it, usually small companies that are small in size compared to banks.

But the technological giants like GAFA or BAT are something else, they are very powerful companies that can make very large investments and that do not reside in the country. At the moment, it seems that they are only introducing themselves into the world of means of payment, in the future there will be no cards, it will be the mobile phone, but if we have any doubt or mishap with the banking services that Alibaba is already offering in China, who are we going to complain to? Who is going to supervise these mega-companies?

This same week, it has appeared the news that El Corte Inglés and Telefónica have asked the Bank of Spain for authorization to offer banking services. Competition is increasing.

To conclude, a third party affected is society, banks are companies that contribute greatly to the treasury, which will be affected if the banking business disappears as we know it today. 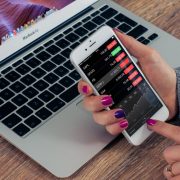 After the financial crisis of 2008, which led, among other consequences, to greater interventions of regulatory bodies in the activities of banks, asset managers, intermediaries, investments services companies, insurers and other operators, the financial sector continues to be immersed in a deep transformation of its business and customer relationship models.

Technology is the main trigger of this change as it makes easier the arrival of new operators with different business models and changes substantially the customer-entity relationship model. An issue that, together with the intense regulation, marks the current and future trends in the financial sector.

This article is inspired by the conclusions of reports on the financial sector by two of the main consulting firms operating in Spain: KPMG and PWC. Both are based on the vision of executives from the financial world and the main regulatory bodies such as the Bank of Spain, among others.

Operators and regulators believe that the traditional financial sector in Spain should change and face a series of currently planned challenges:

The irruption of technology, therefore, is a disruptive factor that causes important changes that materialize through new trends in the sector:

The business models of the future

The experts and executives consulted by the two large consultants predict that the financial business models of the future, to be successful, must be based on a series of principles

In any case, the financial business will continue to be based on the value of trust as a mortar that solidifies the client’s relationship with its operator. In Spain, more than 70% of clients of financial institutions have high loyalty rates.

For all these reasons, banks and other financial operators will require a solid and differential brand positioning to transmit their strengths to the market and to their target customers, consolidating an image that should convey the qualities of their business model in a sector in continuous transformation. Specialized and efficient financial communication, therefore, is a key service for financial institutions to reinforce their growth in this new sector scenario. 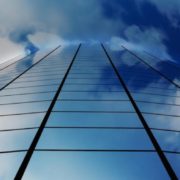 Joaquín Maudos, Professor at the University of Valencia and Deputy Director at the Valencian Institute of Economic Research (IVIE), examines the relationship between the bank and the consumer, in an article published by the national economic newspaper EXPANSIÓN.  He reveals the worrying fact that no bank sits among the 50 companies in Spain with the best reputation. “The bank in general is already demonized, which makes it an easy target to exploit for electoral purposes,” he continues.

The author calls for a joint effort by firms, supervisors, the media and the education system to improve the image the bank in the public eye. 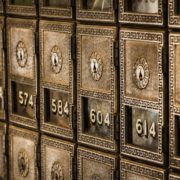 The latest scandals involving large banks picked up by the press – the illegal eavesdropping ordered by the previous BBVA chairman, the unsuccessful appointment of the Santander´s incoming CEO and the lawsuits filed by investors who have lost their money in Banco Popular shares or mandatory convertible bonds – portray how Spanish banks continue to be affected by serious reputational problems.

This is despite the fact that the three largest operators, Santander, BBVA and La Caixa, are among the top 10 ranked in best corporate reputation according to Merco, based on 38,000 interviews with the general population and stakeholders. Or maybe it´s simply that bank customers in Spain are much more loyal to their banks than customers in other countries, something exemplified by the fact that 86% of the distribution volume of investment funds originates from bank branches, according to Inverco.

This situation is worrisome, however, because banking is the mainstay of the economy, being the financier of consumption, real estate investments and general business activity both public and private. In Spain´s case, the largest banking operators have expanded widely to other regions such as Latin America, so that the effects of their reputational crises at home are transferred abroad.

After the financial crisis in 2008 there was a severe economic recession in Spain which lasted until 2013. In the wake of the crisis, the cycle transformed towards a growth phase in which we remain today. The banking system´s role in this improvement was fundamental, as the low interest rates, the abundant liquidity and the household saving rate due to deleveraging in the private sector boosted credit activity and with it the consumption.

The crisis had another consequence, namely a profound transformation of the banking business model. Banks had to adapt their revenue generation model to anticipate lower margins because of higher regulatory costs, greater amount required in technology investments and the emergence of competitors with much more efficient cost structures.

A report by the Boston Consulting Group noted that between 2009 and 2017, the global banking sector had to pay fines to regulators amounting to 320 billion dollars as a result of bad marketing practices. On the other hand, McKinsey estimated ​​the impact of Fintech competition on conventional banking to be in between 29% and 35% of revenues, due to both the loss of customers and the reduction of margins.

These factors explain the banking sector´s strong commitment towards digitalization. Such is a key tool with which they can improve customer experience, challenge competition from Fintech and raise the quality of service towards customers while reducing costs.

The digital transformation that the banking sector undertakes is also causing other changes to the financial ecosystem, as the importance of front-office processes in customer service models is progressively reduced due to commercial pressure and the high costs they reflect on the income statement.

Logically, this lower front-office effort means greater attention to the middle-office and back-office processes, which are the ones that need higher levels of automation and control in aspects such as risk management and cost reduction.

The future of the sector is therefore to implement solutions that provide greater agility, flexibility and orientation towards customer satisfaction to create greater value. Accenture translates it as banking´s evolution towards the “commoditization” of some services, the aggregation of data and new models of transaction processing, based on distributed ledgers (blockchain) and databases.

In the case of Spanish banks, they have been pioneers and enthusiasts when it comes to implementing new transformative trends in business models. Therefore, banks need to communicate effectively their beneficial role as the engine of the economy and the impact of the major changes they´re implementing to adapt to the new age of digitalization, regulatory changes and increased competition.

Banks also needs to effectively communicate the cost-cutting procedures and customer experience enhancements they are carrying out, so that these efforts are positively received by the customer and thus by society as a whole.

Only in this way will it be possible to change the negative perception of banks across social groups and classes. Such is the perception that prevails whenever incidents occur related to banking malpractice, solvency problems or deficiencies in the commercialization of products, all of which affect banking recurrently.