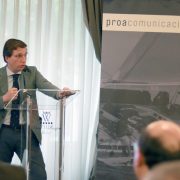 Dircomfidencial has echoed and reposted news of the Proa Comunicación Observatory that was held on May 10 with the Partido Popular candidate for Mayor of Madrid, José Luis Martínez-Almeida, noting it as an example of the events that communication agencies have organized in recent weeks with various candidates for the general, autonomous and municipal elections, taking place next Sunday on the 26th of May.

The presence of politicians in these types of meetings is proof of the growth that the Public Affairs area is experiencing within the communication agencies, which seeks to become a fundamental part of the public discourse that arises in society, especially during election periods. According to Lucía Casanueva, managing partner of Proa Comunicación, as she explains in the article the objective of these specific actions is to generate “a fruitful dialogue with businessmen”, in which “the typical rhetoric would be put aside” by the politician.

Watch the video of Martínez-Almeida here. 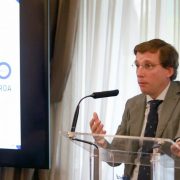 “The center-right cannot stay at home on May 26,” insisted José Luis Martínez-Almeida repeatedly, the Partido Popular’s candidate for Mayor of Madrid, during his speech at the Proa Comunicación Observatory with a presentation titled ‘Recovering Madrid for Everyone’ , held at the Wellington Hotel.

Martínez-Almeida put special emphasis on the need to mobilize his electorate “to exert a democratic counterweight” to the policies of the central government led by the PSOE. In this sense, he referred to the policies of tax and public spending cuts carried out by the PP Government in the Community of Madrid at the time back when José Luis Rodríguez Zapatero controlled the central government.

The PP candidate didn’t want to waste time in blaming anyone for the general election results. “It’s clear that no voter from the center-right is satisfied, because the main objective was to throw out Sanchez and eliminate the influence of Podemos,” he admitted. But he encouraged voters not to be influenced by the latest and most recent results presented by the CIS (Sociological Research Center), which gives an absolute majority to the sum of PSOE, Más Madrid and Unidas Podemos seats combined, “because the center right took 180,000 more votes than the left in the Community of Madrid.” Thus, he was convinced that, “with equal mobilization on the left and the right, we win”.

He also put forward his party as the great unifier of the center-right vote, “as Ciudadanos is capable of lending support to the PSOE” and VOX “has an ideological spectrum so narrow that it will be insignificant,” the latter of which he feels is a reason why voters who have gone will come back to the PP. He argued that the PP should be the predominant force of the center-right because of its transversality.

The PP candidate for Mayor of Madrid also outlined the philosophy and some specific actions of his electoral program to answer questions from the audience. In this way, he said that Madrid meets the criteria to be one of the main international centers of the wealth creation and employment, “but it lacks a global brand and I want to build that brand”. 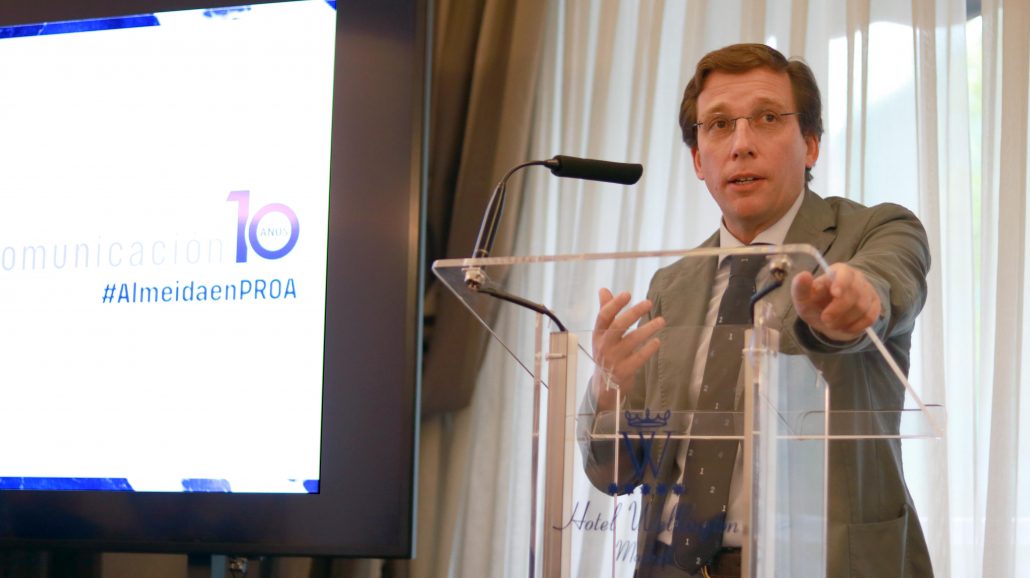 On the other hand, he proposed to introduce tax cuts and to incentivize public-private partnerships. Within the framework of the former he stipulated, for example, tax deductions to large families on property and motor vehicle taxes. But, above all, he advocated “implementing policies that allow economic activity to be more dynamic in order to withstand recession conditions down the road,” as well as “regulatory streamlining with the aim of reducing the margin of discretion that exists in the city of Madrid,” and most especially, “to generate space for the people to decide and for me to carry out as mayor what the people want”.  And all of this, to restore “common sense” and the “pride of Madrid” to create “enthusiasm” for the city.

Martínez-Almeida, who admitted that he is not afraid of “making decisions,” also addressed issues related to the environment, Central Madrid, the use of environmentally-friendly vehicles, the regulation of the ride-sharing and his proposals to enhance the construction of energetically sustainable housing, among other issues.

José Luis Martínez-Almeida was born in Madrid in 1975. He holds a Law Degree from the Comillas Pontificial University (ICAI-ICADE), and has been a State Attorney since 2001. He has worked in Gerona, Toledo and Madrid. In 2007 he was appointed as General Director of Historical Heritage of the Community of Madrid, a position he held until 2011. Between 2011 and 2013 he was Secretary-General of the Governing Council of the Autonomous Community of Madrid, Secretary-General of the Board of Directors of SEPI Desarrollo Empresarial from September 2013 to April 2014, also assuming the lead role in the Legal Advising Department. 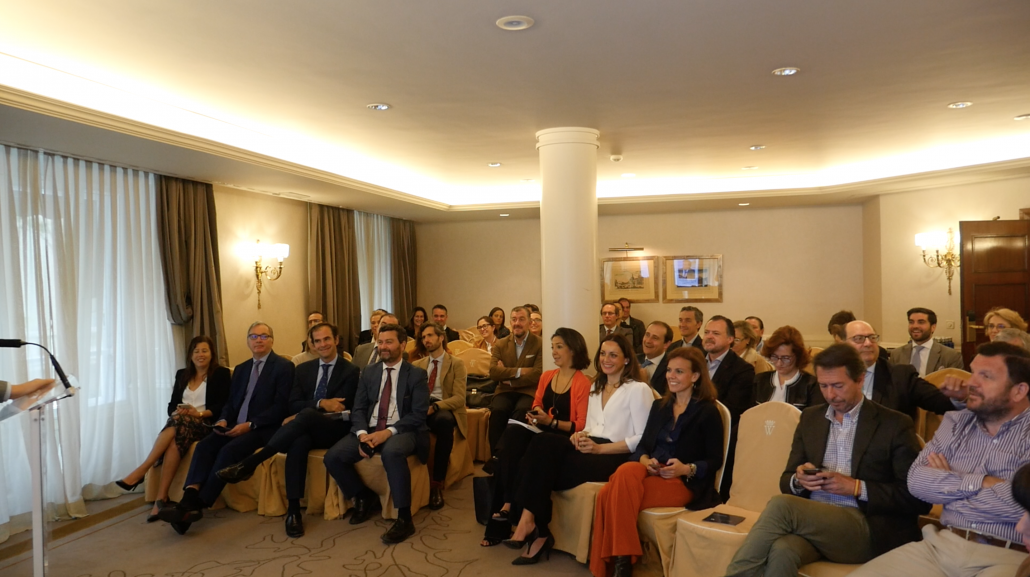 In April 2014, he was appointed by of the Council of Ministers as Director of the Institutional Legal Division of the Independent Authority for Fiscal Responsibility. After the 2015 Municipal and Autonomous Elections he took office as Councilor of the PP’s municipal group and on April 28, 2017 he was chosen as spokesperson of the Municipal Partido Popular Party, a position he currently holds. On January 13, 2019 was appointed Candidate for Mayor of Madrid by the Partido Popular. His hobbies include golf and his passion for Atlético de Madrid.

José Luis Martínez Almeida, spokesperson of the PP (People’s Party/Partido Popular) and PP candidate for Mayor of Madrid, will participate in a new edition of the PROA Communicación Observatories entitled ‘Recovering Madrid for everyone’. The Observatory will be held on Friday, May 8, 2019, at 09:00AM at the Wellington Hotel (c/Velázquez, 8).

José Luis was born in Madrid in 1975. He holds a Law Degree from the Comillas Pontificial University (ICAI-ICADE) and has been a State Attorney since 2001. He has worked in Girona, Toledo and Madrid. His career as a lawyer of the State is extensive, particularly before the Social Courts and in the Administrative Chamber.

In 2007 he was inaugurated as General Director of Historic Heritage of the Community of Madrid until 2011. Between 2011 and 2013 he was Secretary-General of the Governing Council of the Autonomous Community of Madrid later becoming Secretary-General of the Board of Directors of SEPI Desarrollo Empresarial (SEPIDES), a group of companies owned by the government holding company SEPI, from September 2013 to April 2014, also assuming leadership of its Legal Advising Department.

In April 2014, he was appointed by consensus of the Council of Ministers as Director of the Institutional Legal Division of the Independent Authority for Fiscal Responsibility.

After the 2015 Municipal and Autonomous Elections he took office as Councilor of PP’s Municipal Group and on April 28, 2017 he was elected as Spokesperson of the Municipal branch of his party, a position he currently holds. On January 13, 2019, he was nominated by his party as the Candidate for Mayor of Madrid. His hobbies include golf and an avid passion for Atlético de Madrid.