You are here: Home / Pilar Urbano 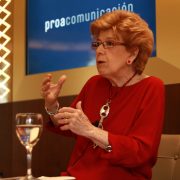 “Having the last word does not mean having the truth,” said Pilar Urbano, presenting her book ‘La Pieza 25’, key to understanding the ins and outs of the ‘Nóos case’, but with a certain irony she recommended “not reading the last three pages to avoid falling in melancholy. These are the pages dedicated to the sentence of the magistrates of the Audiencia of Palma, which acquits Infanta Cristina. Urbano started his lecture on ‘State Plot to Save the Infanta’, the central axis of his last book, at the Proa Observatory of Communication, held at Degussa’s headquarters.

For almost an hour, he explored the details of how the work was conceived and how he obtained the enormous amount of information with which he wrote the book. Thus, he said that he spoke with the judges who investigate or have investigated the most mediatic cases of recent years, but in private. None wanted to publish anything, “until I meet with Judge Castro”, José Castro, instructor of the ‘Nóos case’. He acknowledged that he had the aim of addressing him when the case was closed “and he felt free to speak”. After a hundred hours of conversation with the instructor, another 40 hours were added to the anti-corruption prosecutor of Palma, Pedro Horrach and those who were with the UDEF police (Economic and Fiscal Crime Unit) who carried out the searches, tributary agents, defenders , prosecutors, private attorneys and the State. An investigation to which he dedicated three years.

Pilar Urbano was narrating, before an expectant audience and surprised in many moments, how the operation to save Cristina de Borbón is “a plot that originates in the Headquarters of the State” and has its origin in a meeting called by King Juan Carlos in Zarzuela, attended by the then Head of the House of the King, Rafael Spottorno; the President of the Government, Mariano Rajoy; the Minister of Justice, Alberto Ruiz-Gallardón; the State Attorney General, Eduardo Torres-Dulce, “and a very important sixth person that I will not name, and who was only a hearing witness”. Hence, according to Urbano, the slogan that “in no way the Infanta can sit as imputed”.

Who carried out the “dirty work”, in the words of the veteran journalist, was the prosecutor Horrach: “I believe that it does it by hierarchical obedience, because it is something that the Fiscal Statute establishes: it fulfills orders that must keep secret”. Otherwise, it is difficult to understand this radical change, from accuser to champion defender, in a person who “has been a mastiff, a relentless persecutor of corruption until that moment”. She revealed that she has the “five pages” in which Horrach writes the ‘operation to save the Infanta’, “whose first point was ‘to shut up Zarzuela and the Government’ …”. “I showed them to Horrach and he recognized that, in effect, that strategic road map to save the Infanta had been written by him on his computer.”

Urbano points to the year 2012 as the turning point in the case. At that time, he explains, Manos Limpias asks for the imputation of Cristina de Borbón, but the judge says he has no reasonable grounds to do so. A short time later, he begins to receive boxes of documents, invoices, emails from the defender of Diego Torres, the former partner of Iñaki Urdangarin. From there, a battery of records is practiced and statements are received from more than three hundred witnesses, and Judge Castro finds between 14 and 20 elements to impute to the Infanta, and warns the accusers of the Prosecutor Horrach and the lawyer of the State in the Balearic Community, Mariángeles Berrocal. The prosecutor opposes, after ‘consultation trip’ to Madrid.

The case becomes, following the narrative of Pilar Urbano, in a kind of thriller in which, in addition to officials of the Ministry of Justice and the Tax Agency or ’emissaries’ of the King’s trust, CNI agents intervene “well corbatados “, hackers that supposedly make disappear the answers of Cristina de Borbón to the mails of her husband …

The speaker also made it very clear that Iñaki Urdangarin had not been received nor would he have obtained so much money from public institutions, nor such substantial counselor positions in private companies, without using the title of his wife, and therefore his membership of the Royal Household. “If Urdangarin pulled the trigger, the smoking revolver was her,” she said, after mentioning the entire sequence of irregularities committed both in the Nóos Institute and the Aizoon company. The explanation that the author of ‘The piece 25’ has for an Infanta of Spain to accept this is “love, she is very, very much in love; he has a very strong self-esteem and she gives him what he wants: a play-station of economic power “. 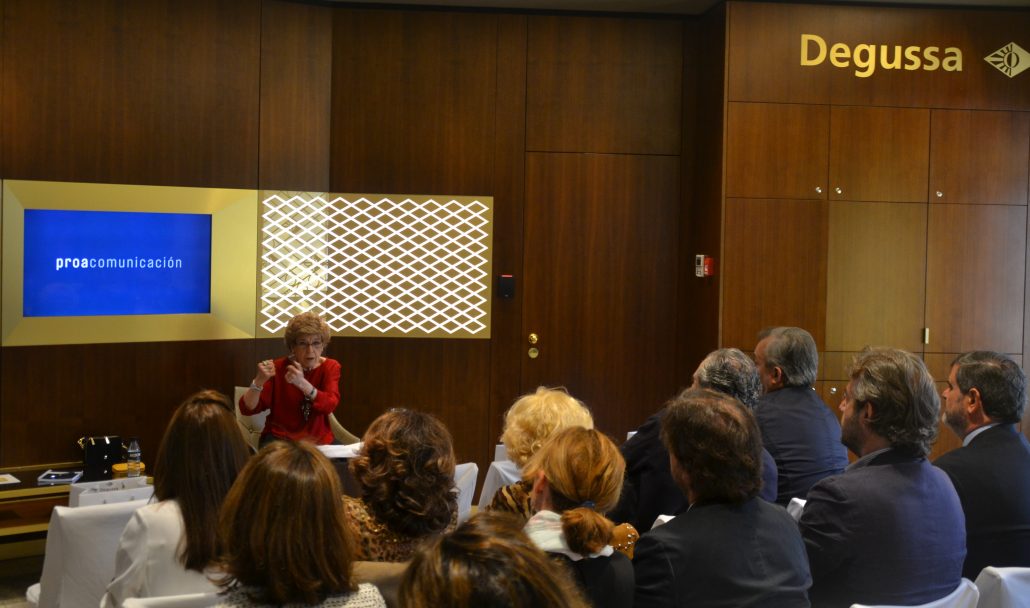 The acquittal of the Infanta in the case is, for Urbano, “the miracle of Santa Samantha Romero (the magistrate of the Provincial Court of the Balearic Islands who presided over the court that judged the ‘Nóos case’), since, in her opinion, the Infanta entered accused and was acquitted without having dismantled “not a single charge”. As a result, they have also freed Ana Tejeiro, the wife of Diego Torres, “that she left traces,” according to the summary. And all this, seasoned with invitations to prevaricate Judge Castro on the part of the prosecutor Horrach (recorded by the latter!), Or to meet secretly with the defender Miguel Roca, whom Judge Castro did not agree to. “The ethics of the Royal Household and the impartiality of justice are under suspicion, in the Nóos Case. Only the judge is saved, “concluded the speaker.

The Proa Observatories are stable discussion forums that include the participation of prominent executives, politicians and professionals. They are born with the vocation to be a laboratory of ideas where a genuine dialogue is encouraged to discuss current business issues, as well as corporate reputation, brand and public issues as important elements for the improvement of companies.

Among the personalities that have participated in these meetings include the economist Manuel Conthe; the former Minister of Public Administration Jordi Sevilla; the former Minister of Education, Culture and Sport José Ignacio Wert; the writer and priest Pablo D’Ors; the Director of External Communication of Deloitte, Antonio Belmonte; the Director of Communication and Institutional Relations of El Corte Inglés, José Luis González-Besada, and the High Commissioner for the Spain Brand, Carlos Espinosa de los Monteros, among others. 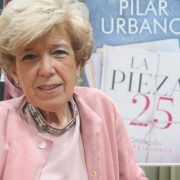 Next Thursday, May 24 at 9:00 a.m. in the Degussa headquarters (c / Velazquez 2), a new edition of the Proa Observatory of Communication will be held. On this occasion, Pilar Urbano will intervene with her dissertation: ‘State Plot to Save the Infanta’, the core of her latest book, ‘La pieza 25’. END_OF_DOCUMENT_TOKEN_TO_BE_REPLACED