You are here: Home / PSOE 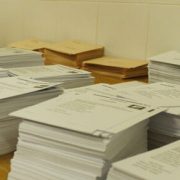 The spur that has infected our lives has also infiltrated politics. One month in the 21st century is much more than a year of the twentieth century, and a year equals a decade. While the no-confidence motion that sprung Pedro Sánchez into power from the hands of a heterogeneous group of collaborators still seems to fit within the story, the picture that came out on May 26 renders old, in a very short time, the snapshot of the election results from last April.

Less than a month ago, the PSOE achieved a broad but weak parliamentary majority, Vox entered with unprecedent strength in the Spanish political scene and Ciudadanos claimed a place at the table of the elders, and many rushed to proclaim Rivera the leader of the opposition. Little remains of all that, as the election results of yesterday redrew a political map that few dared to predict less than a month ago.

The most striking change is related to the People’s Party (PP), which many rushed to bury in April. In a single month the PP improved between 4 and 6 percentage points of the vote (between 400,000 and one million more votes in European and municipal elections), surpassing in both elections the symbolic barrier of 20%. Despite obtaining worse results than in 2015, with more than 20,000 councilors throughout Spain the PP is now able to win governments in more provincial capitals (23) and in more major cities (45 of more than 50,000 inhabitants), including the Community of Madrid and the capital of Spain. In addition, the government has leverage forms part of the ruling coalition in four autonomous communities (which would include Galicia and Andalusia), almost half of the Spanish population, also having the Government of Navarre within its reach to subdue the socialists, thanks to its alliance with Ciudadanos and the UPN.

The elections of this past Sunday show that the only alternative to the PSOE in all of Spain is the PP.  Its difference with Ciudadanos reaches between 2 and 3 million votes (depending on which national election you choose). Vox has lost between a half and two thirds of its votes and the PP is the alternative to the PSOE government in all provinces and in all provincial capitals of Spain.

Beyond maintaining territorial power, these results have an essential strategic consequence, by putting Ciudadanos at a strategic crossroads that can determine its political future: to become a fringe party which installs and removes governments, or despite the results, continue working to lead the opposition even within these next four years.

Hold no doubts, however, for in the next few months everything can change again. 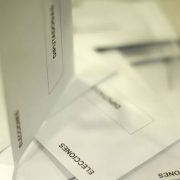 It would’ve been a lot to hope, and even riskier yet to believe, in innovations of rhetoric and technique by politicians running for this second electoral round. There was, however, room for improvement, yet this potential to change for the better rather took a turn for the worse, especially when aggressive norms and ways played out abundantly and were not set aside.

The difference would’ve come rather from the varied scope of these elections: from the most distant to the closest, from Brussels and Strasbourg, to the autonomous communities, to the cities and into the towns and villages themselves. To which, in spite of everything, was largely absent of the murderous pressure hailing from the preceding general elections. Presently, we’ve seen debates (such as those of the European elections) of up to nine speakers, a number that makes quite a crowd in this context and a purgatory for any communication advisor. To stand out among so many, identify the potential voter and be identified by the electorate alike to communicate just a glimpse of a message already seems like a fairly remarkable achievement.

But our observations should go, with everything, accompanied by two caveats. First, the observable sample has been limited by the author to the televised debates in Madrid (city and region) and Barcelona, in addition to those corresponding to the European elections. On the other hand, we don’t want, and it would be a mistake, to establish correlations between communication strategies and the results obtained. At a glance, this would set off into uncharted waters.

With regards to the first, it can only be said that although you can see a tenth of an iceberg, even when the part underwater remains out of sight, you can pretty much what it’s like: everything is ice, more of the same. Without meaning to disparage other cities and provinces, it’s unlikely that we’ve missed something particularly good or striking by not seeing more debates elsewhere.

On the other hand, we’ve witnessed more than unusual incidents. Let’s say, for instance, something as funny as the debate between the candidates for the Presidency of the Community of Madrid organized by the SER and El País, in which the PP candidate Diaz Ayuso wasn’t present, but Errejón was (without hindrances from the Electoral Board). PP’s track record in the last legislature was discussed abundantly with its own representative absent, while among the audience sat none other than the preceding Community President, Ángel Garrido, now having crossed over to Ciudadanos with both ammunition and baggage. Boy, who can trump that!

No less eventful was the debate between the candidates running for the mayor’s office in the capital, , this time on TeleMadrid, in which the main contestant, Carmena, portrayed a persona much less charismatic and majestic as she renounced in an almost orthodox fashion any chance to discuss anything in detail, as if above good and evil.

But getting into the substance of the matter, the most suspenseful aspect, the one test to pass (except for the smartest of the class, and they are few), in practice is still the golden minute, how to successfully take advantage of that final minute. We’ve seen these sixty seconds – and they can get very long indeed – shaky, confused, perplexed, helpless.

Ciudadanos has also been notably stubborn in its abuse of visual elements. Once again with the photos, posters, graphics, and a real-life ridicule for Silvia Saavedra, Begoña Villacís’ substitute in the TeleMadrid mayoral debates. With cartoonish edges, very exploited by social media was that tilted Lenin, lying down like his own mummy, seeming to prove that although communism may be dying, anti-communism, on the other hand, is immortal.

And yet it was Ciudadanos, through the words of Luis Garicano, which highlighted the most noteworthy novelty, and even better, a truthful declaration and not pure invention nor imagination: the revelation that nationalist parties’ complete coalitions are not shown completely on the ballots, instead only including candidates and parties pertaining to the specific autonomous community to which the ballot is designated, using this omission to deceive and conceal true alliances and therefore intentions in front of eventual voters.

And the third act, in theatrical terms (or the third round, alluding to sportive heritage)? What can we fear? The continuity will no longer pertain to the campaigns, but to legislatures themselves. It would be desirable, at least if we want political communication strategies to make the difference, or a difference, that party leaders should study these recent campaigns, and apply to remedy the worst of them. Not only pro bono for our sake, but also to revive the life they take as their own: politics. 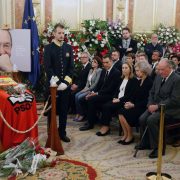 Recognizing an undeniable narrative and documentary value, we’ve made available in our blog two opinion pieces published in ABC and El País respectively, about the figure who once served as Minister of Internal Affairs and as PSOE Secretary-General, Alfredo Pérez Rubalcaba. 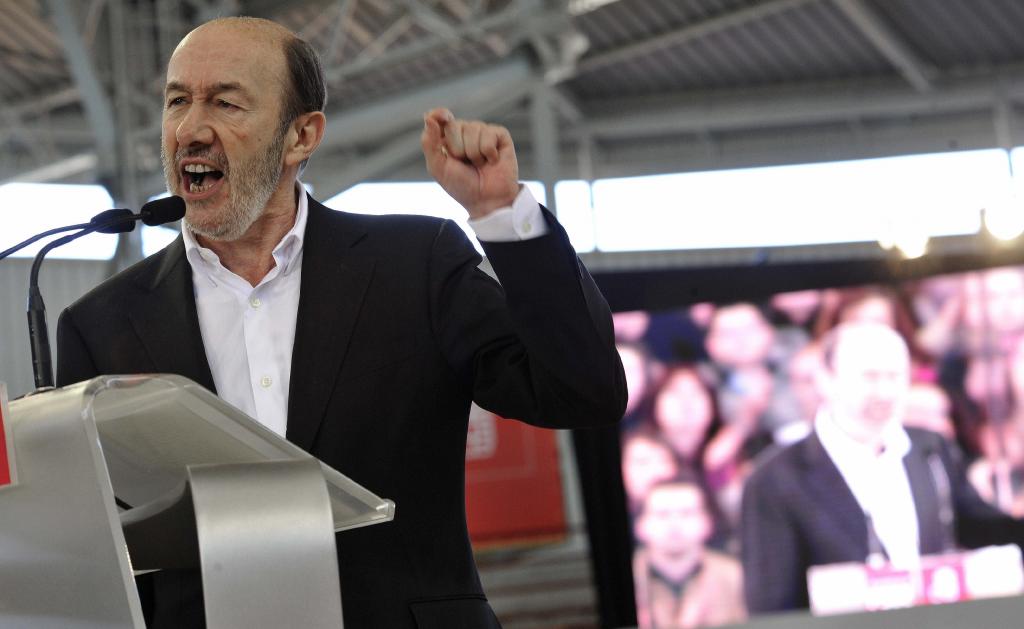 The first of the two, published in the La Tercera section of ABC, is authored by the former president of the Community of Madrid, the socialist Joaquín Leguina. In it, Leguina reflects on the virtue and influence of Rubalcaba’s political character and his role in preventing his party from tanking at a very complicated era of its history. Leguina refers to the socialist leader as a friend, colleague and partner with similar principles and objectives.

The second, signed by the former director of El País, Antonio Caño, highlights his legacy, his always moderate composure and his character as a repository of wisdom. Caño reflects on Rubalcaba as an exemplary personality and a excellent political leader. For Caño, a former director of the most important newspaper in Spain, Rubalcaba ought to be remembered as a passionate patriot who would never put his political ambitions before his values and principles.

El País Article: Si todos fueran como él (if only everyone were like him)